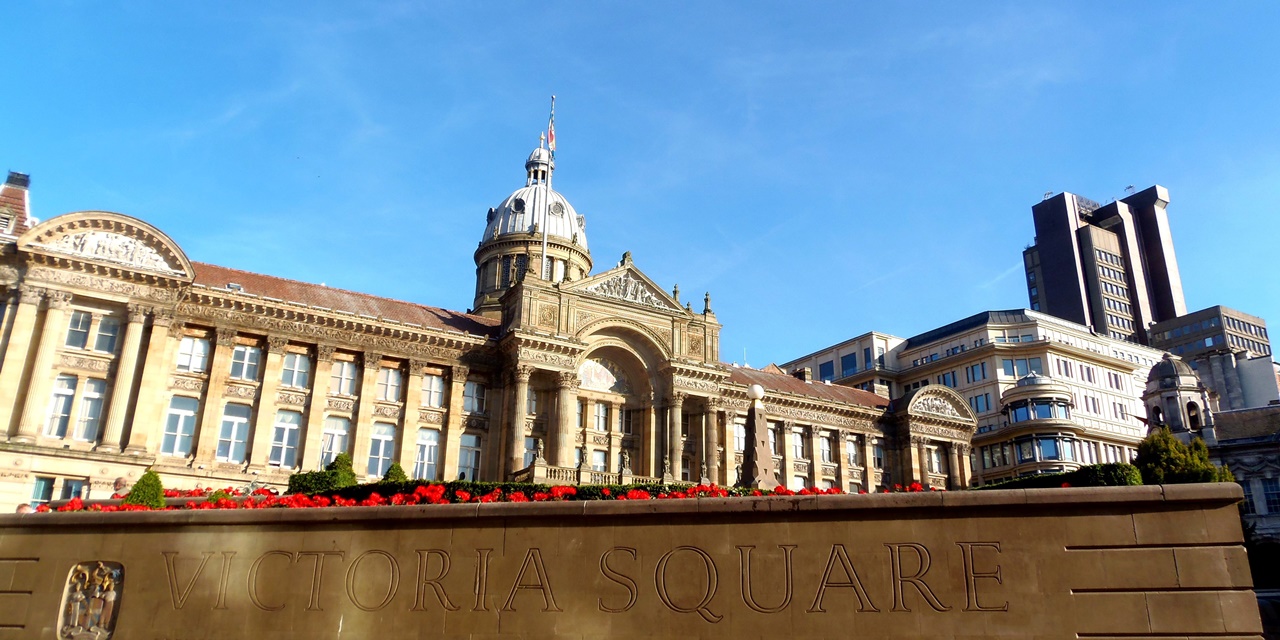 Our way back from Iceland to Spain was planned with a stopover in Birmingham. Here you have a short review of my visit to this par excellence industrial city in England. 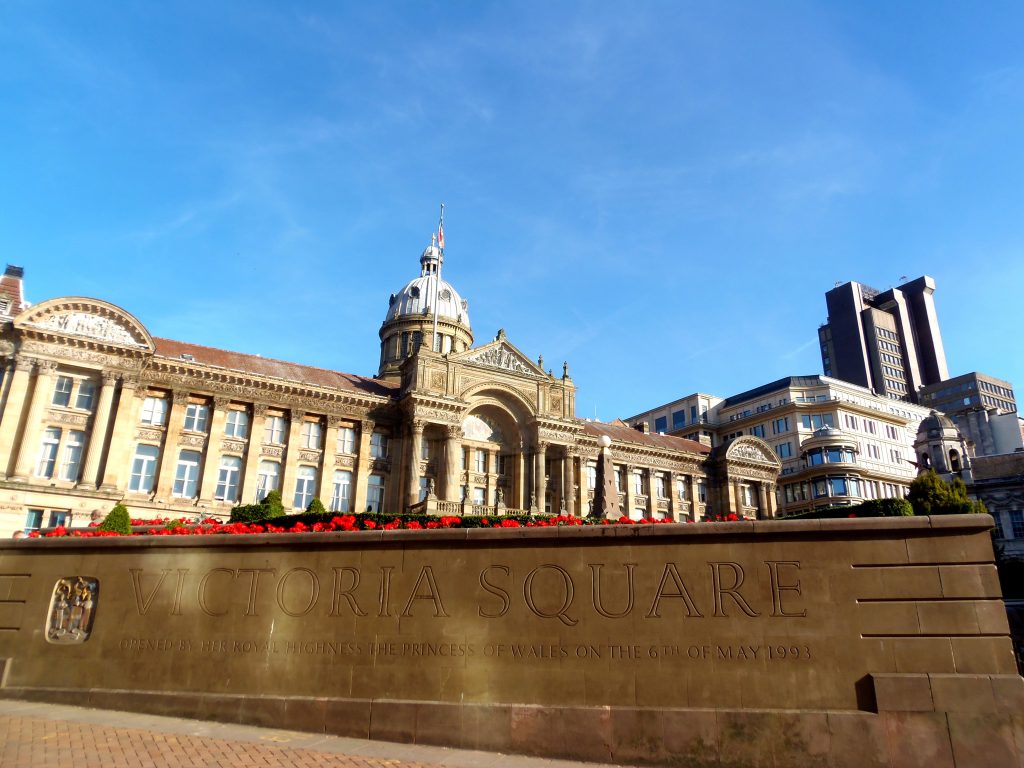 Victoria Square, the center of the city.

Previously, we had been waiting in the airport for our flybe flight to leave (at 00.00) from Keflavik Airport. We arrived at Birmingham at 3.40 (English time), 2.40 (Icelandic time) and 4.40 (Spanish time). Flybe had a small plane but the flight went all good.

I didn’t like Bimingham Airport at all, as I found it old and chaotic. In addition, you couldn’t sleep on the floor resting on the wall because there are metal sticks as if they were a baseboard that didn’t let you move closer to the wall. As we arrived late before daw, we decided to go to the Costa Cafe and laid down in the sofas (as many passengers) until it opened and we had some hot drinks.

We had several hours to be spent in this city until 14.40 (time when our Ryanair departed to Alicante). Fed up of being at the airport, we came to the city early, catching a shuttle to New Street Station. 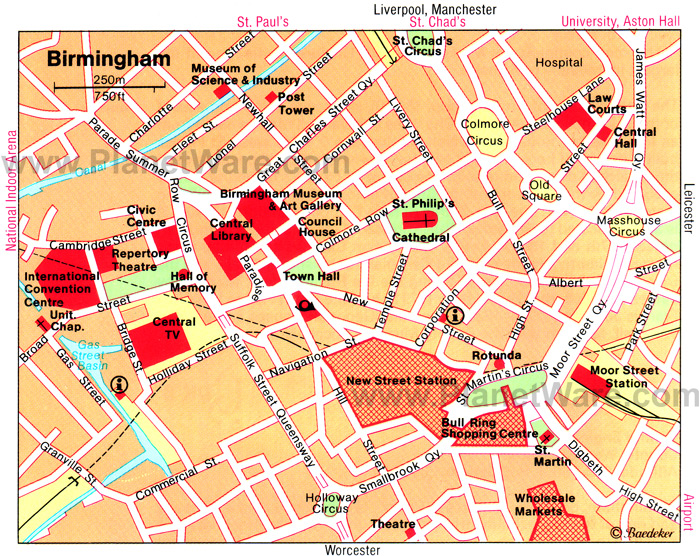 Birmingham is the second largest city in the United Kingdom with a population in its metropolitan area of more than 3.680.000 inhabitants. Par excellence the industrial city of England, it is also known as “the workshop of the world” or the “city of a thousand trades”. Here in the West Midlands, is where the Industrial Revolution developped in the XVIII century, and all its factories were heavily shelled during World War II by the nazis. There is in fact, a great part of the population of asiatic or black origin, who came to work in this city long ago. Birmingham is not a touristic city but the country’s engine, and also, a bussiness city. 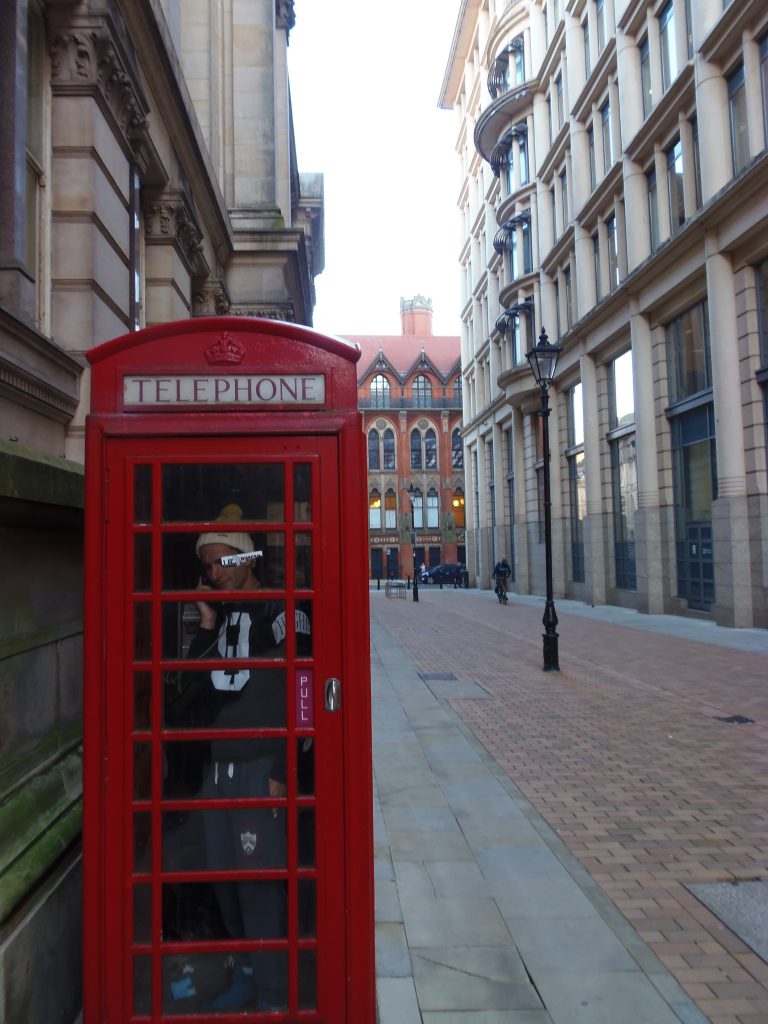 Once we had arrived at New Train Station, we moved to the first thing we watched: St Philip’s Cathedral. Finished in 1715 in a baroque style, it is inside a beautiful park. The inside, as you will see, is just the contrary of what we saw in Iceland: columns, chapitels, stained glass windows, big lamps and flags. 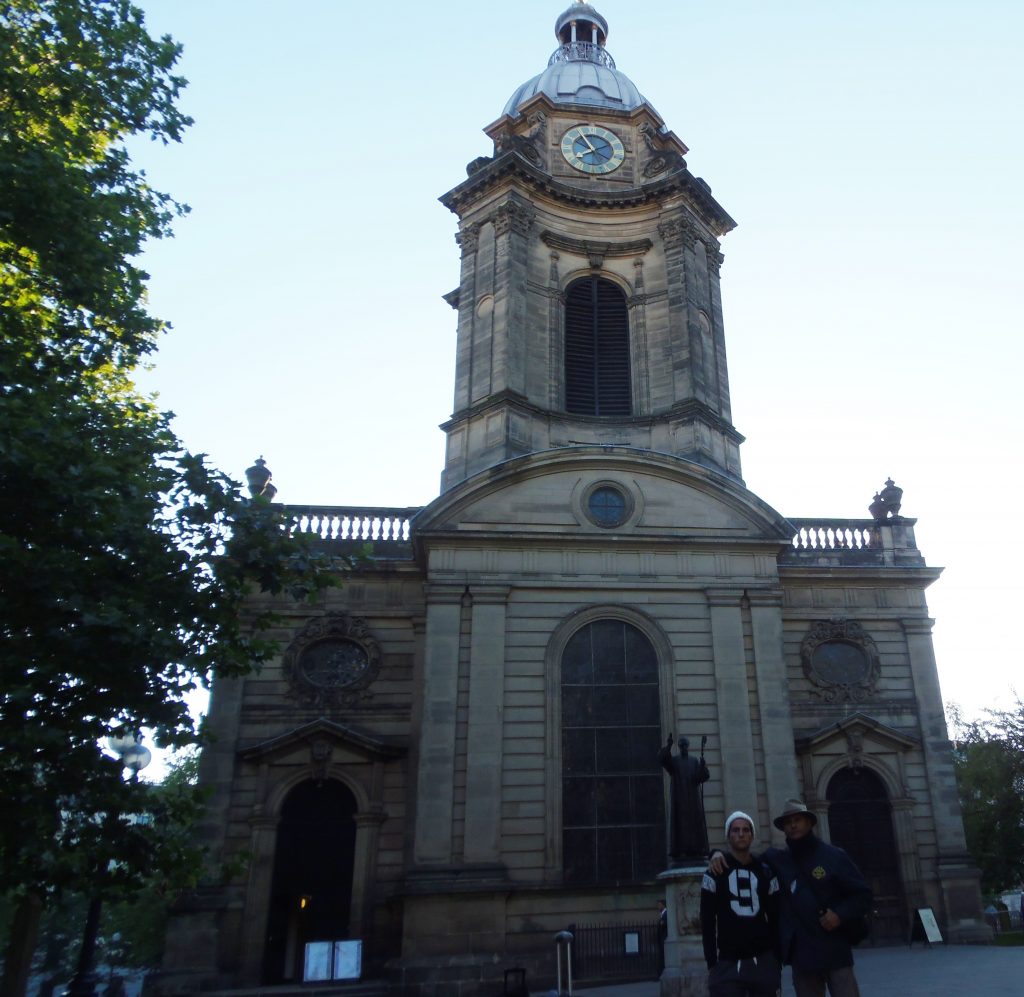 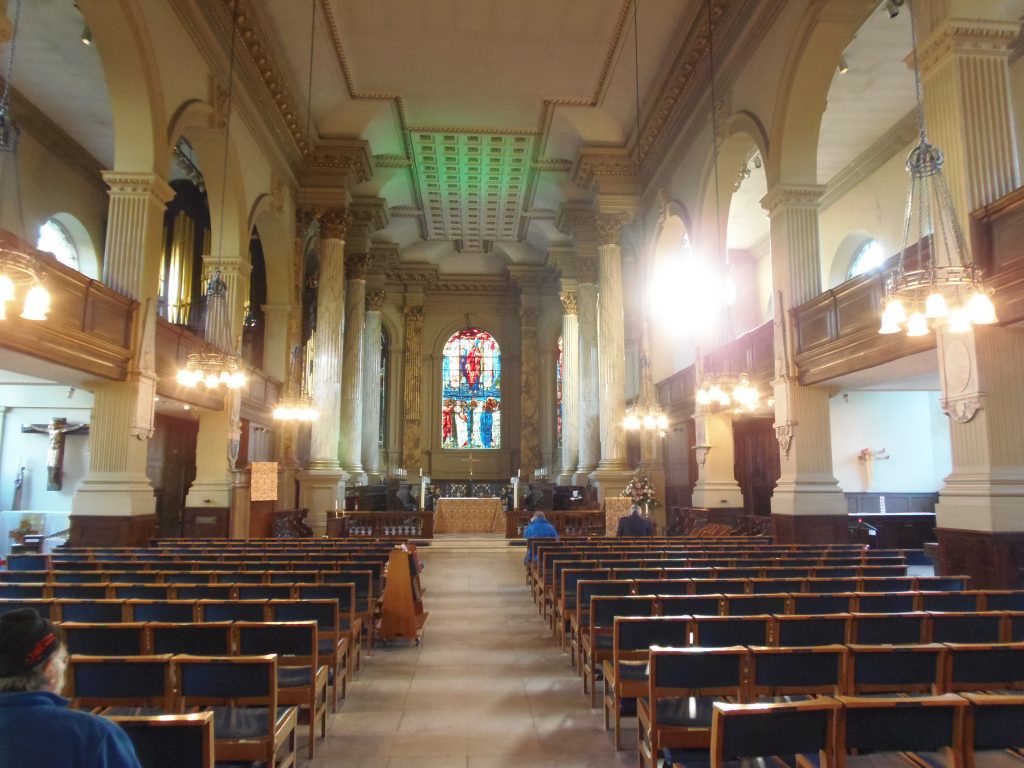 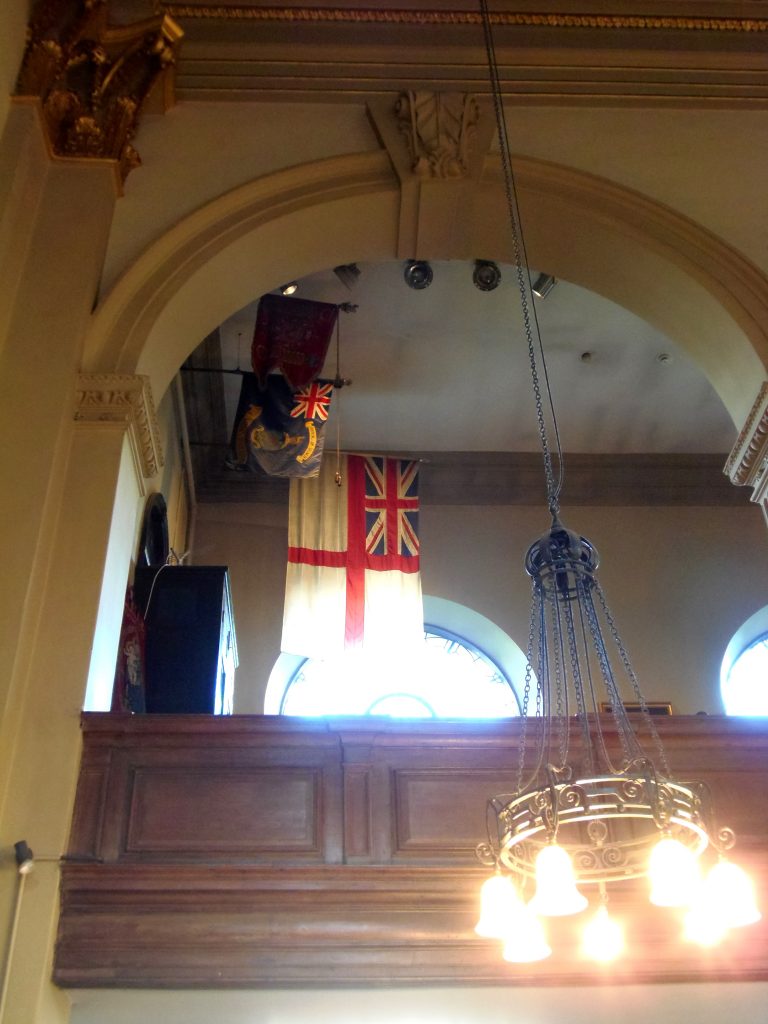 This was truly different from Lutheran churches in Iceland.

we followed straight ahead by Colmore street until we reached the center of the city: Victoria Square, where it is the city hall. It was, for me, the most beautiful part of the city, with a big fountain, statues and buildings with smart façades that surround the square. We had breakfast just here and tried a typical English breakfast: I had a croissant with eggs and bacon that was delicious, but a bit oily. 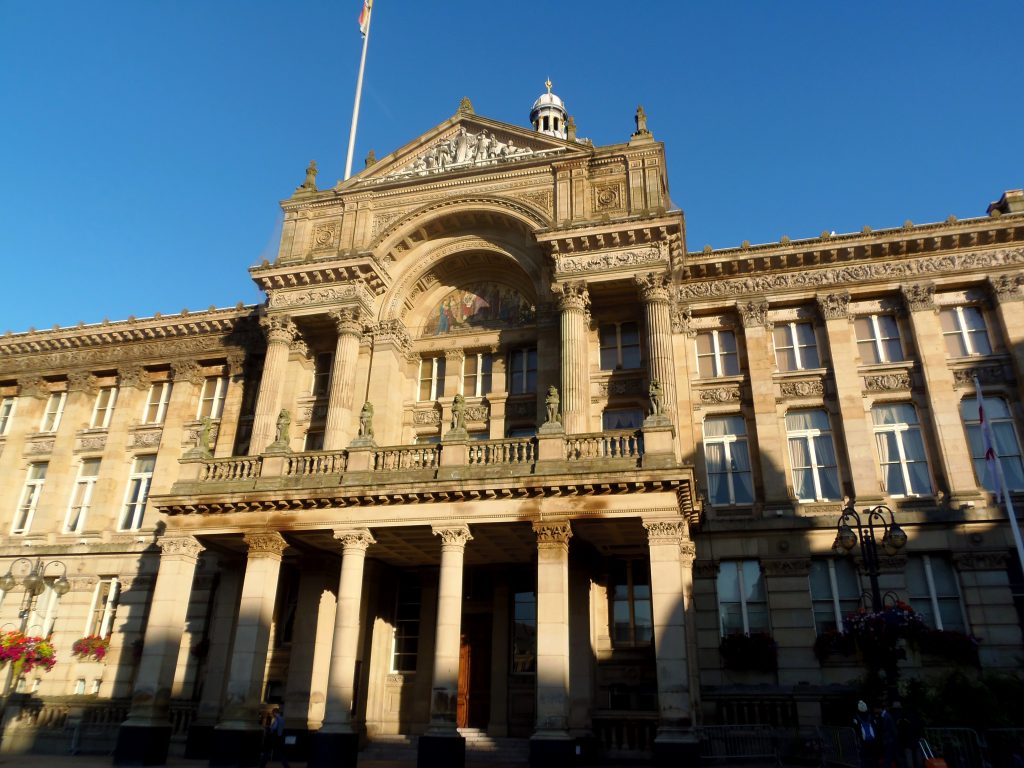 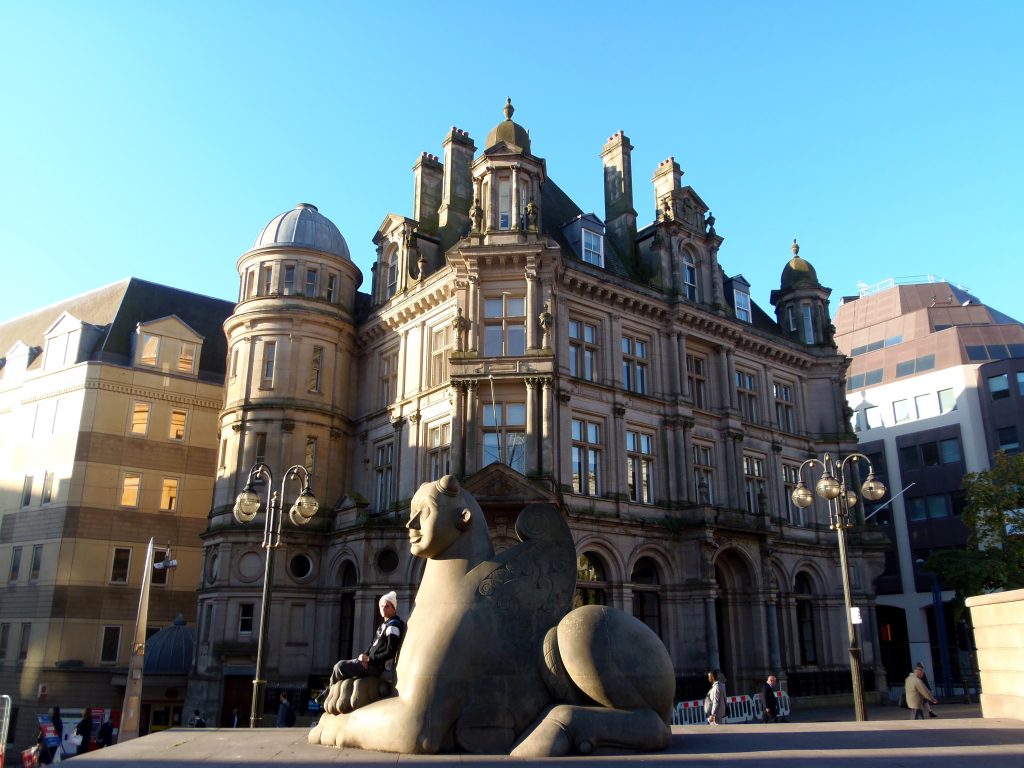 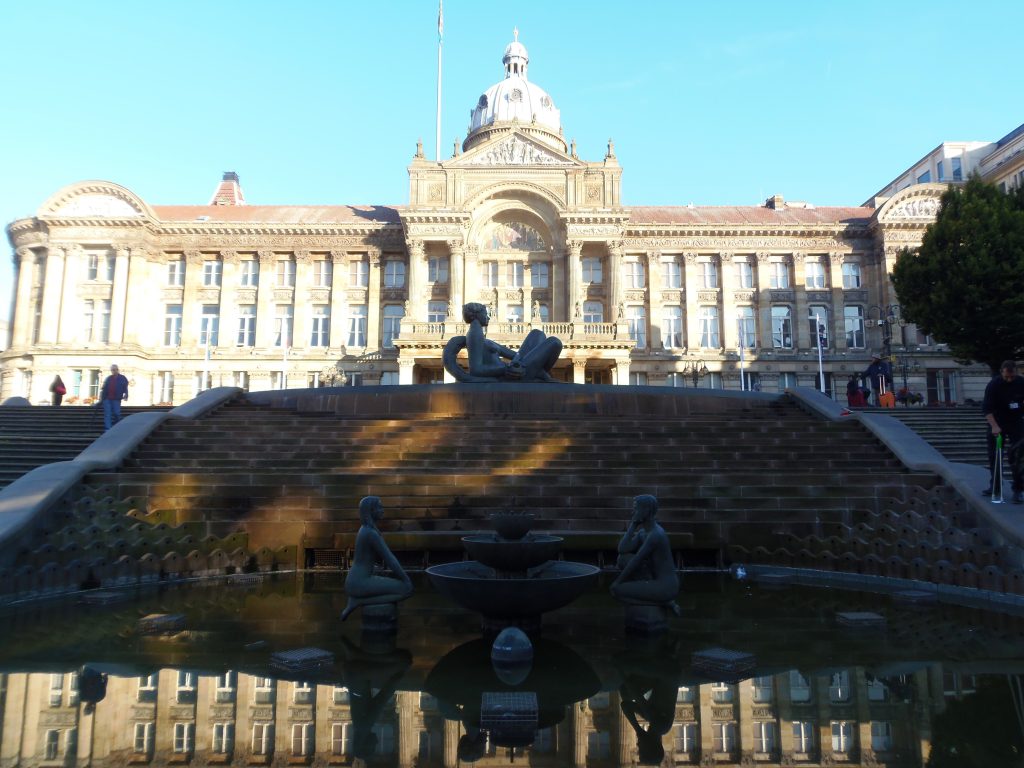 On the left side you can see a building standing out in neoclassic style; it is the local government building finished in 1832, and besides it, the Chamberlain Memorial, who was the mayor of Birmingham. You can also find the library of the city near here. 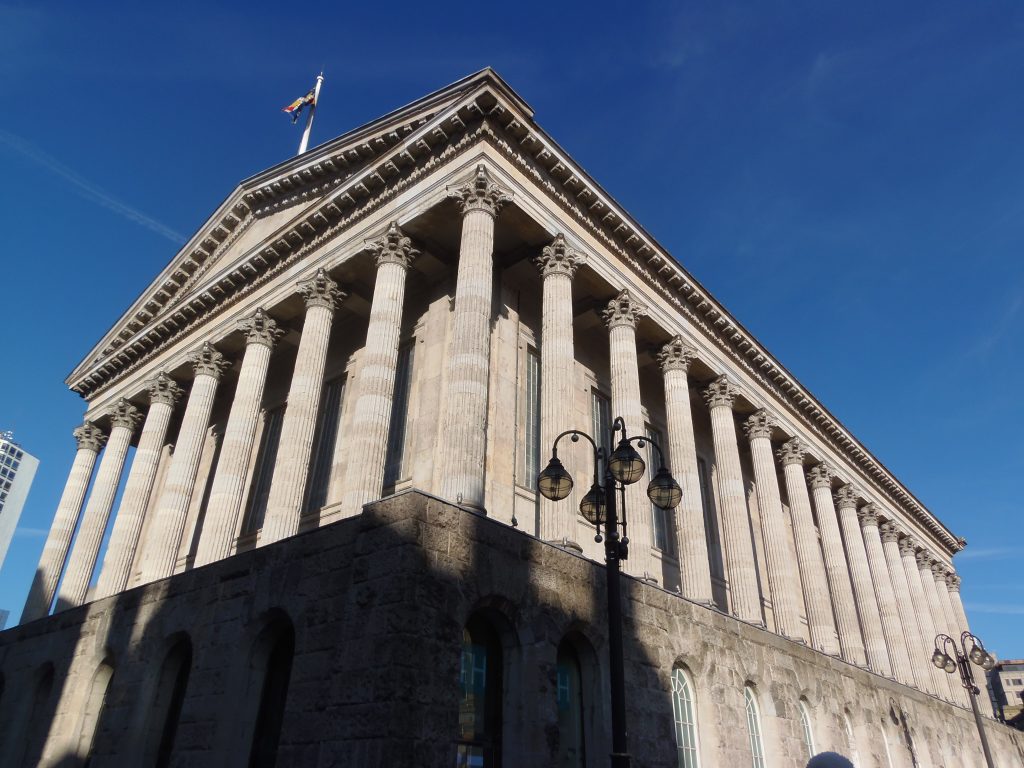 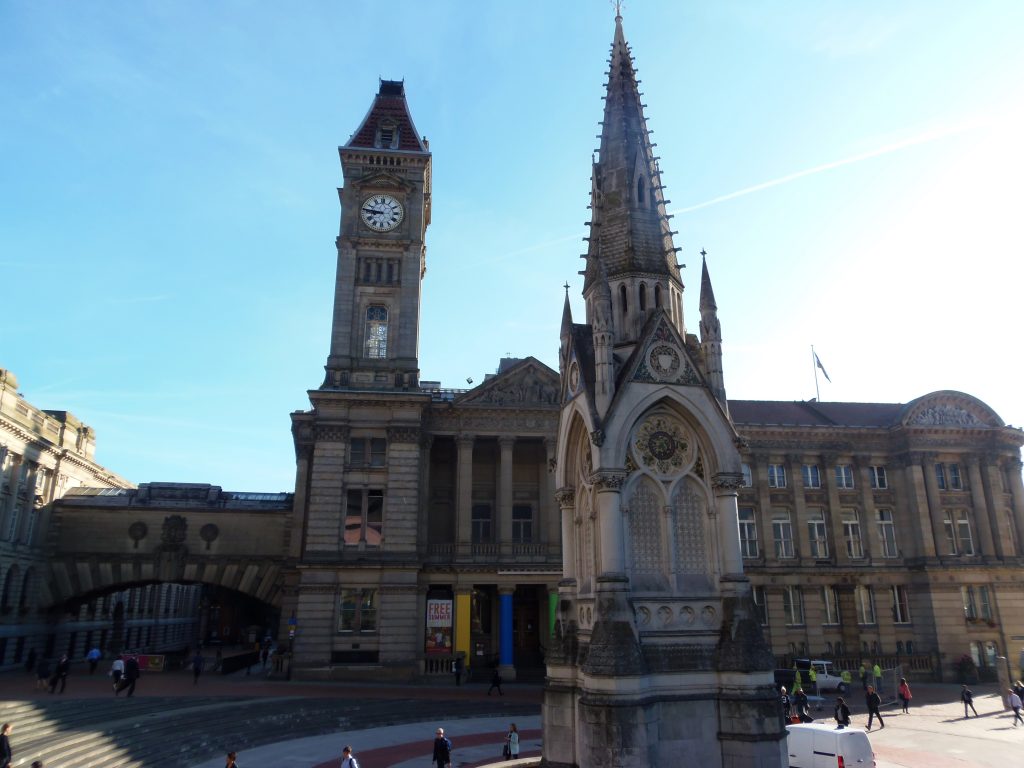 We turned back to the South and the train station’s area to get to Bullring. We were crossing streets that reminded that blooming industrial past, with buildings in Georgian style and red bricked houses. Bullring is a commercial area opened in 2004 and its name comes from the Spanish merchants who brought bulls to the city, and they tied them here. There is also a bronze statue of a bull. We could see here the sight of the melting between modernity and tradition, as St Martin gothic cathedral and Selfridges building are very close. The latter is the icon of the city, with its waving shape, metal structure and thousands of bubbles. 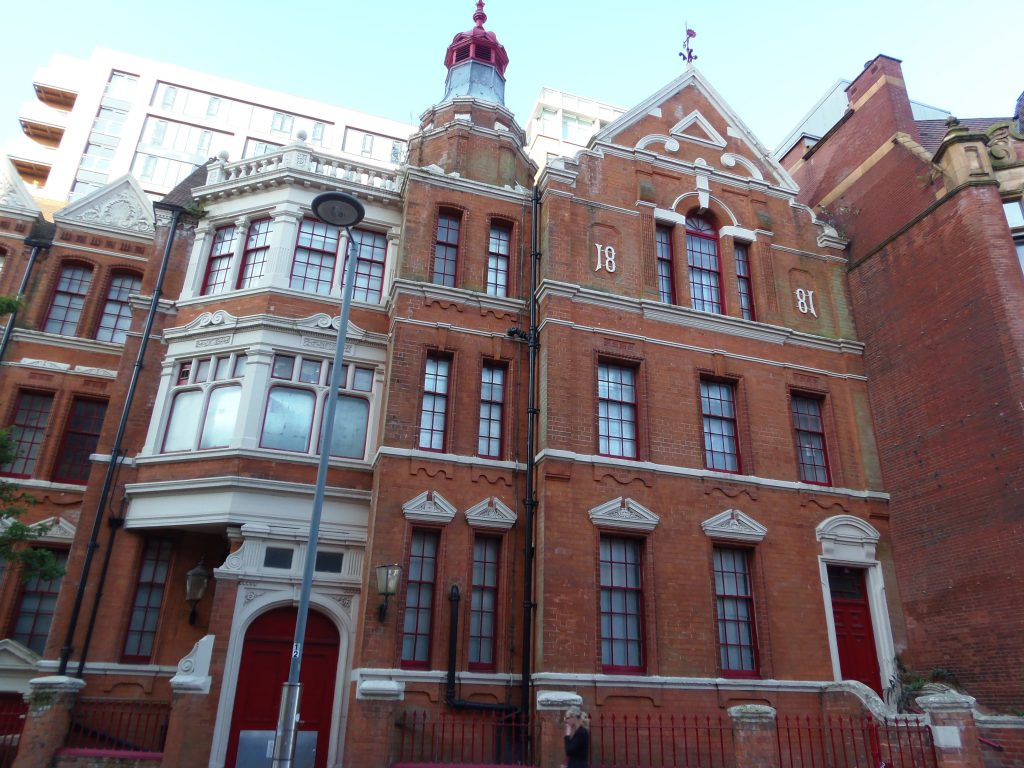 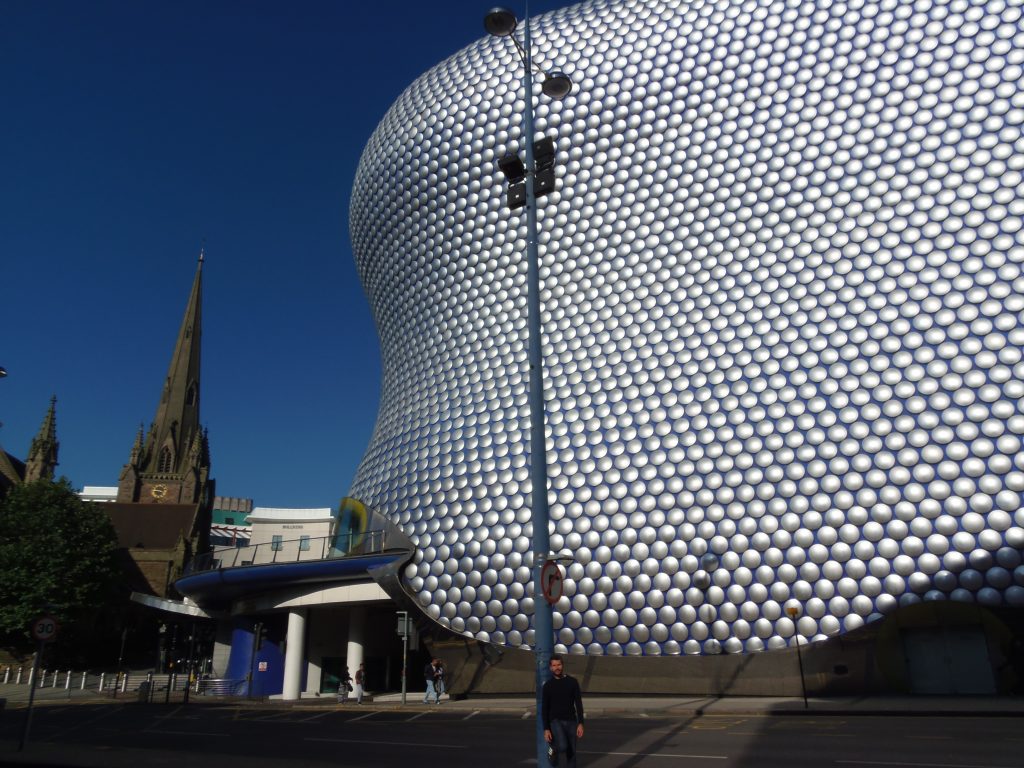 We finished our morning in Birmingham walking streets and shops, and then we came back soon to the airport not to miss the flight. I must say I didn’t like the city, I even found it ugly, although it was quite interesting to feel the industrial past and have breakfast there. Maybe I missed many things to see in this city, but we didn’t have more time left, it was only a stopover. Our adventure comes to an end here… See you soon!